What I have learnt from my relationship with K is I have to be selfish sometimes. For the sake of our happiness I have to do that. Is it weird?
A and B were couple. One Saturday evening they decided to attend a theatrical show and on their way there they had a fight. B was so mad and told A that he insisted that they should go home right after the show.
The show was amazing. They both forgot their quarrel and really had a good time with each other. When the show ended, they headed to their car holding hands, the night was still early. In their heart, they both knew they didn't want to call it a night. They still wanted to spend time with each other. But A took B home, because of what B said earlier.
Was A's decision to take B home wrong? I don't think so. At this point, I think A was just being assertive to B. He wanted B to be responsible to what he said, that everything had its consequences.
It was one option that A took.
But one thing that A forgot. He forgot to had a good time for himself. He just missed the chance to have more time with his loved one. He threw that chance and headed home, being alone and (maybe) miserable on Saturday night.
Sometimes in relationship you don't have to be so rigid. If I were A, I would be selfish. I would think of myself. I would wanted to be happy. I would wanted to spend that very time with my loved one. So I would put aside all the rules and hold my lover's hand while having a romantic dinner. Of course I would tell him that I forgave what he said but he should learn his act wasn't wise.
In this case, B would realize not only how big his lover's heart was and but also that he should act responsibly, not in a hard way.
So, again, I think it's okay to be selfish now and then.
at 9:56 AM No comments:

Last night I slept without any kiss from K. He said something that made me upset, so I slapped his thigh, not intentionally hard, but enough to make him mad at me. We slept in silence, back to back.

It annoyed my sleep so that I dreamt that I had a big fight with him. Waking up, I put aside my ego and hugged him. And as a reply, he hugged me too. It was us letting go things.

This morning, I was doing my routine, reading a devotional magazine called Wasiat. It poked me.

It was about how Saul irritated with David's presence so that he tried to kill him. It wasn't David's fault. It's Saul's fault. His heart burning was the root of his problem.

It happens to most of us. We blame others for almost evertything that is going wrong in our lives.

I did too, maybe, last night. I could be more proactive and consider what K said as a joke instead of feeling upset about it. Perhaps, I was the problem itself.

Regardless of who is wrong in this case, I think I owe it to myself to be a better person, to enjoy life more and not to take silly things seriously. And afterall, maybe I am the one who should take the blame.

I quoted what Wasiat said "If being selfish is still inherent on us, we will hardly see ourselves as the root of our problems".

I'm not an expert in relationship (well, no one says that I am, Lol). But yet, let me tell you another tip in a relationship. You may have heard it before, but yeah there's nothing wrong sharing my experience, aight?
Yesterday, after having dinner (snacks) at Kuningan City, K and I decided to go to Alam Sutra to meet our beloved friend, T. He got us batagor and molen from Bandung. On our way there, I called T and made some jokes. Long story short, my K said harsh word to me because of that jokes. I felt offended, though I knew he didn't really mean it (or he did).
But then he said sorry with his funny way as always. Then he said to me, "You know what, we had never fought these days". I agreed. For sure we had some pique and vexation now and then. It is impossible to have none when you live together. But we let go of those things. We don't let our anger and dejection define our relationship.
That's my tip, let go. Let go means you forget that vexation. And by forget, you don't bring it up in the future. It's unlikely to have someone that really fits you. There are dents anywhere. That's why you need to accept. And let go is one form of acceptance.
I let go of his harsh word. It may hurt me, but instead of focusing on the hurts, I smiled on the way he says his apology. I believe he does the same thing now and then.
Love is not about perfecting each other. There's nothing perfect, and it's okay to have pique in it. But again, don't let this wound determine your relationship. Let go, and be happy!
at 10:22 AM 4 comments:

This is Why I Write

Some people may stop using Jack'd or any other gay network apps when they are in relationship. I do too. I mean I stop using it to find my soulmate, since I found one. But you may recognize that I am still there, in Jack'd. I do open it time after time.
Why? In my profile, I put the address of this blog. I have a dream that I could inspire people with what I write. Once in a while, when I open my Jack'd, someone left a message for me. I ignore those who ask my whereabout or what I'm looking for, because it is stated clearly in my profile. But it is really nice to find some messages that tell me how they love my stories, that they are thankful for what I share, that my stories touch them in some ways. I always want to inspire people. And though it's not much, I did.
All I can say is thank you. Thank you for appreciating my writings. Thank you for keep reading them. Thank you for being touched by them. Thank you for sharing with me too.
I hope I can write more. I hope I can let us realize that gays love do exist. It's not a fairy tale. It is here. It is there, in your heart. But it doesn't come for free. There may be sacrifice, tears, fights, but we are in this together. You are not alone.
I love you all, and thank you. And please, feel free to drop any comments. It'll be my honor to grow with you.
at 11:41 AM 4 comments: 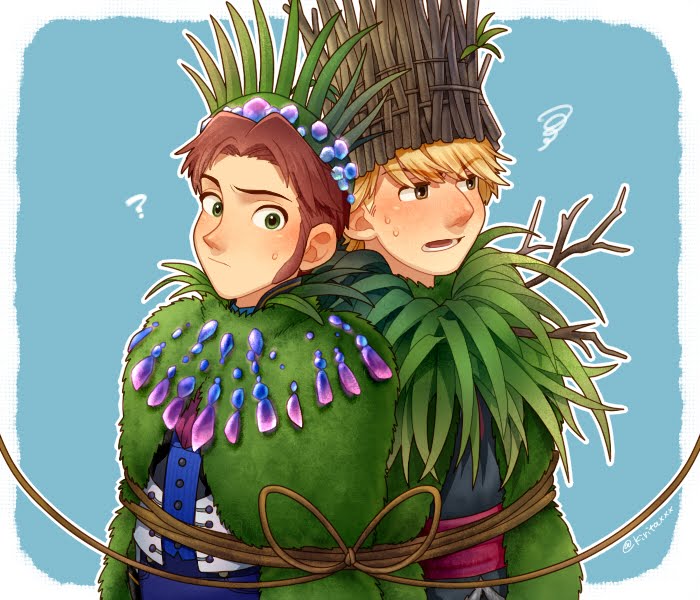